History has made Provence a land teeming with castles. La Roque d'Anthéron has been no exception for over 400 years! 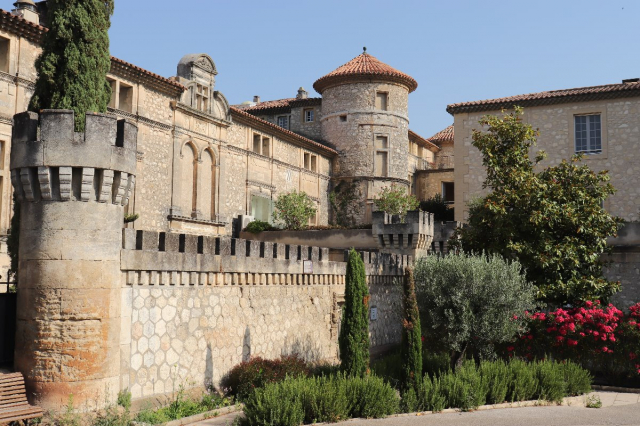 It all began in 1588 when Annibal de Forbin, Lord of La Roque d’Anthéron, bought the village mill and land from locals. He ordered the construction of a small castle in 1598. The château's extension began seven years later and was completed in 1667.

Its architecture is typical of the Provençal Renaissance style. The outer wall is fronted by a symbolic curtain wall and turrets. The Forbin dynasty continued until Auguste de Forbin, a man of art and culture. He neglected the estate and left it to the Cordoüe family in 1818.

The estate was a wedding gift to the Florans family before it was left to the Archbishop in 1937. The Onoratini family bought the château and turned it into a medical centre in 1949.

Its grounds have played host to the prestigious International Piano Festival since 1981.

The château is not open to the general public as it houses a medical facility.

The Château de Florans grounds are world-famous for the Piano Festival held here every summer from mid-July to mid-August. Every music lover should experience a concert at the Festival amidst the famous round lake and the towering plane trees.